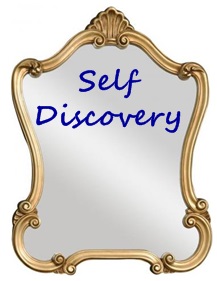 “The life which is unexamined is not worth living.” – Plato

“What can we gain by sailing to the moon if we are not able to cross the abyss that separates us from ourselves?” – Thomas Merton

“One of the most courageous things you can do is identify yourself, know who you are, what you believe in and where you want to go.” – Sheila Murray Bethel

“There are chapters in every life which are seldom read and certainly not aloud.”  – Carol Shields

“Adventure can be an end in itself. Self-discovery is The Secret ingredient that fuels daring.” – Grace Lichtenstein

“I’ve come to believe that each of us has a personal calling that’s as unique as a fingerprint – and that the best way to succeed is to discover what you love and then find a way to offer it to others in the form of service, working hard, and also allowing the energy of the universe to lead you.” – Oprah Winfrey

“If a man happens to find himself, he has a mansion which he can inhabit with dignity all the days of his life.” – James A. Michener 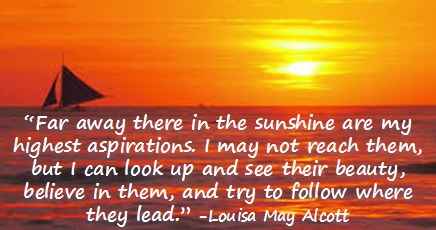 “A man travels the world over in search of what he needs and returns home to find it.” – George Moore

“It is good to have an end to journey towards; but it is the journey that matters in the end.” – Ursula K. Le Guin

“People travel to wonder at the height of the mountains, at the huge waves of the seas, at the long course of the rivers, at the vast compass of the ocean, at the circular motion of the stars, and yet they pass by themselves without wondering.”  – St. Augustine

“It’s never too late to be what you might have been.” – George Eliot

“The greatest explorer on this earth never takes voyages as long as those of the man who descends to the depth of his heart.”  – Julien Green

“A man sooner or later discovers that he is the master-gardener of his soul, the director of his life.” — James Allen

“One may understand the cosmos, but never the ego; the self is more distant than any star.” – G.K. Chesterton
“To be yourself in a world that is constantly trying to make you something else is the greatest accomplishment.” – Ralph Waldo Emerson

“Resolve to be thyself; and know that he who finds himself, loses his misery.”  – Matthew Arnold 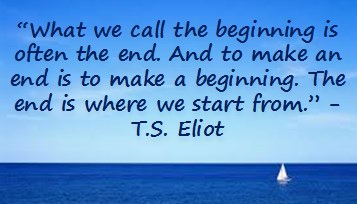 “There is nothing like returning to a place that remains unchanged to find the ways in which you yourself have altered.” – Nelson Mandela

“There’s a period of life when we swallow a knowledge of ourselves and it becomes either good or sour inside.” – Pearl Bailey

“The real voyage of discovery consists not in seeking new landscapes but in having new eyes.” – Marcel Proust

Explore your mind, discover yourself, then give the best that is in you to your age and to your world. There are heroic possibilities waiting to be discovered in every person.” – Wilfred Peterson

“People often say that this or that person has not yet found himself.  But the self is not something one finds, it is something one creates.” – Thomas Szasz

“We run away all the time to avoid coming face to face with ourselves.” – Author Unknown

“Never mind searching for who you are.  Search for the person you aspire to be.”  – Robert Brault

“A person often meets his destiny on the road he took to avoid it.”  ~Jean de La Fontaine

“Your work is to discover your world and then with all your heart give yourself to it.” – Buddha

“Whatever you are, be a good one.” – Abraham Lincoln

“The greatest discovery of my generation is that a human being can alter his life by altering his attitudes of mind.” – William James

“We read books to find out who we are. What other people, real or imaginary, do and think and feel is an essential guide to our understanding of what we ourselves are and may become.” – Ursula K. Le Guin

“The great thing in this world is not so much where we are, but in what direction we are moving.” Oliver Wendell Holmes

“There came a time when the risk to remain tight in the bud was more painful than the risk it took to blossom.” – Anaïs Nin

“The value of identity of course is that so often with it comes purpose.” – Richard Grant

“I know well what I am fleeing from but not what I am in search of.” – Michel de Montaigne

“If you don’t get lost, there’s a chance you may never be found.” – Author Unknown

“I took the road less traveled by, and that has made all the difference.” – Robert Frost (The Road Not Taken)

“Each man’s life represents a road toward himself.” – Herman Hesse 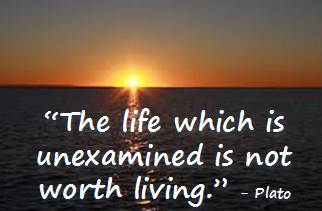 “Do not go where the path may lead; go instead where there is no path and leave a trail.” – Ralph Waldo Emerson

“Most roads lead men homewards, My road leads me forth.” – John Masefield

“Not until we are lost do we begin to understand ourselves.” – Henry David Thoreau

“One’s own self is well hidden from one’s own self; of all mines of treasure, one’s own is the last to be dug up.” – Friedrich Wilhelm Nietzsche

“I went to the woods because I wished to live deliberately, to front only the essential facts of life, and see if I could not learn what it had to teach, and not, when I came to die, discover that I had not lived.”  – Henry David Thoreau

“It is good to feel lost… because it proves you have a navigational sense of where “Home” is.  You know that a place that feels like being found exists.  And maybe your current location isn’t that place but, Hallelujah, that unsettled, uneasy feeling of lost-ness just brought you closer to it.”  – Erika Harris

“The man who views the world at fifty the same as he did at twenty has wasted thirty years of his life.” – Muhammad Ali

“It is only when we silent the blaring sounds of our daily existence that we can finally hear the whispers of truth that life reveals to us, as it stands knocking on the doorsteps of our hearts.” – K.T. Jong

“No single event can awaken within us a stranger totally unknown to us.  To live is to be slowly born.” – Antoine de Saint-Exupéry

“No one remains quite what he was when he recognizes himself.” -Thomas Mann

“Every one of us has in him a continent of undiscovered character.  Blessed is he who acts the Columbus to his own soul.  ~Author Unknown

“The indispensable first step to getting the things you want out of life is this:  decide what you want.” – Ben Stein

“I can teach anybody how to get what they want out of life.  The problem is that I can’t find anybody who can tell me what they want.” – Mark Twain

“Man stands in his own shadow and wonders why it’s dark.” – Zen Proverb

“We are the products of editing, rather than authorship.” – George Wald

“To be nobody but yourself in a world doing its best to make you everybody else means to fight the hardest battle any human can ever fight and never stop fighting.”